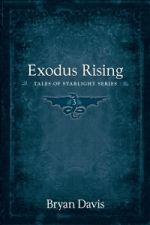 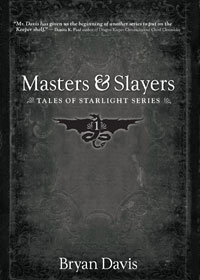 Expert swordsman Adrian Masters attempts a dangerous journey to another world to rescue human captives who have been enslaved there by dragons. He is accompanied by Marcelle, a sword maiden of amazing skill whose ideas about how the operation should be carried out conflict with his own.

Since the slaves have been in bonds for generations, they have no memory of their origins, making them reluctant to believe the two would-be rescuers, and, of course, the dragons will crush any attempt to emancipate the slaves. Set on two worlds separated by a mystical portal, Masters and Slayers is packed with action.

The dragons of Starlight have been enslaving humans for over a century. At long last, warrior Adrian Masters and sword maiden Marcelle vow to find the mysterious portal where the Lost Ones disappeared, hoping to rescue the slaves. Will they turn back when they learn that only the ultimate sacrifice can bring freedom to the oppressed?