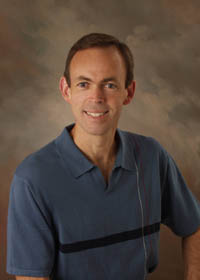 Bryan Davis is the author of the Dragons in Our Midst, Oracles of Fire, Dragons of Starlight, Tales of Starlight, and Echoes from the Edge series, contemporary/fantasy books for young adults and adults. The first book, Raising Dragons, was released in July of 2004, followed by The Candlestone, Circles of Seven, and Tears of a Dragon. Eye of the Oracle launched the Oracles of Fire series and hit number one on the CBA Young Adult best-seller list in January of 2007. The final book in that series, The Bones of Makaidos, was released in April of 2009. 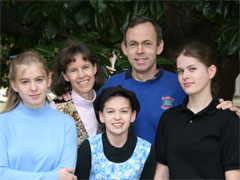 Starlighter, the first book in the Dragons of Starlight series, came out in early 2010, followed by Warrior in January of 2011. The companion adult series, Tales of Starlight, debuted with Masters & Slayers in September of 2010.

Bryan is the author of several other works including The Image of a Father (AMG) and Spit and Polish for Husbands (AMG), and four books in the Arch Books series: The Story of Jesus Baptism and Temptation, The Day Jesus Died, The Story of the Empty Tomb (over 100,000 sold), and Jacobs Dream. Bryan lives in Western Tennessee with his wife, Susie, and their children. Bryan and Susie have homeschooled their four girls and three boys.

Bryan was born in 1958 and grew up in the eastern U.S. From the time he taught himself how to read before school age, through his seminary years and beyond, he has demonstrated a passion for the written word, reading and writing in many disciplines and genres, including theology, fiction, devotionals, poetry, and humor.

Bryan is a graduate of the University of Florida (B.S. in Industrial Engineering). In high school, he was valedictorian of his class and won various academic awards. He was also a member of the National Honor Society and voted Most Likely to Succeed.

He continues to expand his writing education by teaching at relevant writing conferences and conventions. Although he is now a full time writer, Bryan was a computer professional for over 20 years.